To understand what Hypothesis is and how we use the Hypothesis method we need some background information.

Let’s start, by learning about the Scientific Method.

The Scientific Method is a body of techniques for investigating phenomena, acquiring new knowledge, or correcting and integrating previous knowledge. To be termed scientific, a method of inquiry is commonly based on empirical or measurable evidence subject to specific principles of reasoning.

The Oxford Dictionary Online defines the scientific method as “a method or procedure that has characterized natural science since the 17th century, consisting in systematic observation, measurement, and experiment, and the formulation, testing, and modification of hypotheses”.

A hypothesis is a potential answer to the question, one that can somehow be tested.

The hypothesis is not necessarily the right explanation or the ONLY explanation. Instead, it’s a possible explanation that we can test to see if it is likely correct or how correct, or if we need to make a new hypothesis.

Experiments are a procedure (s) designed to test a hypotheses. Experiments are an important tool of the scientific method.  For a deeper understanding, you can watch a quick video here. 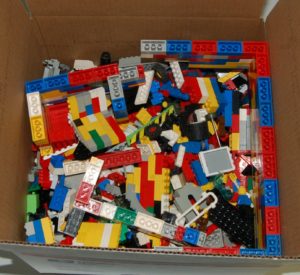 A box of Experiments

What I hope you see is that there is a direct connection between scientific method and the empirical processes of agile. There is no accident in the intentions of the scientific community and the agile community.  We are both based in the understanding that continual learning and adaption through hypothetical research and analysis is the best way to solve problems.

You may ask; “How can hypothesis-based learning help in solution development’?

To understand more clearly, let’s define a hypothesis, or a working definition we can use.

A working hypothesis is: a hypothesis is provisionally accepted as a basis for further research in the hope that a tenable theory will be produced, even if the hypothesis ultimately fails. Like all hypotheses, a working hypothesis is constructed as a statement of expectations, which can be linked to the exploratory research purpose in empirical investigation and is often used as a conceptual framework in qualitative research.

In agile, we talk about taking risk, failing fast, and learning.  These are all very consistent with the Scientific Method and the use of hypothesis.

There are also extreme cases of using this method as a form of Research & Develop in software and system solution development. There are corollary methods that further support these in large enterprises but know that the method is very popular in agile and your use of it will help your team drive innovation and new ways of solving problems.  Most importantly, it forces us to stop the ‘Big Upfront Design’ that so often hinders team’s abilities to do the right thing AND the best thing for the business.

When all is said and done, the use of hypothesis based work drives the most important part of agile and other solution development methods, it creates #learnings or #knowledge and we cannot ignore how important that is to teams and those who are charged with forming and leading them, as well as measuring their performance.

What is your theory? Are you putting it to the test in your daily work?